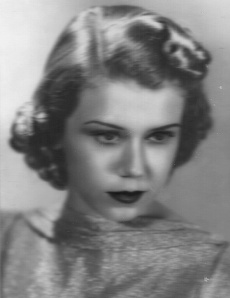 Three days short of her 94th birthday my mother quietly and mercifully died in her sleep last week.  I had discussed this eventuality at length with her in better days. She had agreed to make me full Power of Attorney with lawyers filling out the paperwork. Iron clad. She had asked if any small amount of money that may be left over after her death be given to my children. My children are well cared for so I elected to give anything left over to my daughter Andrea’s son who is starting college this Fall.

My mother  was exceptionally well cared for at the facility she resided in. She had a semi-private room and she was quite comfortable, pictures of glory days on the wall. I blew in now and then always unannounced and spoke with care givers, and I was always pleased.   She eventually progressed to deafness and musculoskeletal difficulties due to arthritis but was clear of mind. She read big print books and did lots of crossword puzzles right up to the end. I’ll probably rot in purgatory for giving her a big print copy of Sarah Palin’s book (hard to find big print). Her response to that was “that woman’s an idiot”, so her mind was definitely clear.

She went to sleep one night last week and was found with “Altered Mental Status” (unresponsive) in the morning. Probably a stroke as she was hypertensive her whole life. On hearing that by phone, I had previously arranged to make her hospice status and she died quietly a day later without ever coming around.  It was a good death, as they go 😉

I think the story of her and my father is interesting. I will relate it for anyone with an interest in such things. Delete if no interest. It is, after all, Sunday and I can write anything I want 😉

My father was born into extreme poverty in 1918 on a dirt farm in Spooner, Wisconsin, a brutally barren place with no hope for anyone unfortunate enough to live there. No running water and outside bathroom. Like the cliché, he really did walk miles to school (and the outhouse) in waist deep snow and no one cared whether he went or not. It would have been easy to drop out and go to work at whatever brought body and soul together. He didn’t have two nickels to rub together.  His father was a neer-do-well itinerant jack-of-all-trades and master of none who traveled around the country hopping on freight trains, scratched out a living doing what he could. Performed magic tricks for a few pennies, drew pictures (I have some), did odd-jobs and so on. He hung around just long enough to impregnate my grandmother, who eventually threw him out. He died of a ruptured appendix at Cook County Hospital in 1944.

To make a VERY long story short, my father ended up in veterinary school at Texas A & M, did pretty well.  He worked hard and managed to dumb luck into some good things for him in veterinary medicine.  He liked anatomy and he was offered an assistant professorship at Texas A & M in the Veterinary School with the promise of a career and tenure. My mother had attended Texas Christian College in Austin and ran out of money and so was working as a secretary in the Department of Anatomy at Texas A & M where my dad was teaching.  They had proximity and started dating around 1941, married in 1942. This is apparently the life my mother had anticipated and one of the premises she married him for. She wanted to be a nice stable professor’s wife in the milieu she knew and understood. She perceived their future as it appeared to be at the time.

Dad didn’t say why he decided to marry my mother but I suspect it was because she exuded some element of class he thought would be good for him. Nailing down a beautiful woman is a pretty big ego trip and I think he thought he needed that boost to reinforce his ambitions. I think she had a great body too.  It was a whirlwind romance.

But my father had an unrelenting subliminal passion to be a medical doctor more than anything in the world.  Mother didn’t perceive or understand the all-consuming, steam rolling passion to go to medical school that boiled within him.  It never crossed her mind that a graduate of veterinary college with a great career ahead had any other passions.  Their whirlwind romance was not long enough or intuitive enough for to understand anything other than what appeared to be.  Ultimately, in a feat of dumb luck that is pretty close to the dumb luck episode that got me into medical school, he managed to squeak into the first class at Baylor School of Medicine, 1943, and their lives changed radically and unpredictably.

Suddenly, she was pregnant with me and they were scrounging for every dime to keep him in school. He was working every odd job he could find after school to pay tuition and expenses, studying all night and she was selling nylon stockings door to door. This wasn’t what she had signed up for and  there were marital problems from then on. She never liked being a doctor’s wife, especially a surgeon’s wife.  He was gone all the time and there was no reliability in his or her life. I remember epic fights in the middle of the night in which he yells=ed “I can’t do anything else…I don’t want to do anything else….this is my life”.

My father swapped out her life in mid-stream into a lethal iteration and she was not able to adapt or accommodate. She did love her kids and she was always there for us, but it was apparent that her life had been a big mistake she hadn’t signed up for and once it started she couldn’t get out of it. I think many times she would have liked to have gone back and changed that course before it began. But it was what it was, as it is for many.