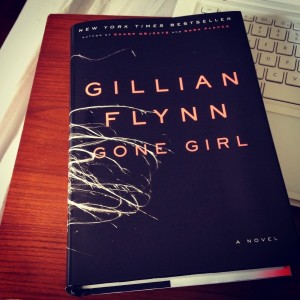 This review will be somewhat different than usual in that I cannot divulge much if anything about the intricate, convoluted plot without risking spoilers.

So I will say that the plot is exceptionally intelligent and imaginative and brought to the screen quite accurately from the book of the same name by Gillian Flynn, (who wrote the screenplay). So imaginative I think, that this writer mush have had some personal experience in this kind of story line. It’s difficult to conceive of an individual dreaming up something this labyrinthine. That gives you an idea of how this plot goes.

Several things do stand out:

The audience is left with the uneasy feeling that the tabloid media depicted in the film totally controls all the outcomes and even our own reality. Not the “real” truth but its perspective. All that matters is how it’s portrayed on a screen

That’s the argument made with Gone Girl, and it’s done very convincingly.