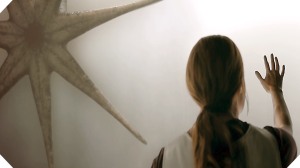 A VERY intricate and interesting film that is commensurately difficult to understand. I brooded through the film and I “thought” I figured out what happened but my wife vehemently disagreed. So I tracked down and read the original short story the film by Ted Chiang and now I “think” I understand it and my wife (the mistress of non-verbal thought process) was mostly right. It was not an easy interpretation.

I cannot dissect any of the plot for you as to do so would necessarily expose spoilers. You must broaden your concept of time. You’ll have to sort it out for yourselves and, trust me; it will be a labor of alternative reasoning.

A minimalist abstract: 12 seeming spaceships drop into the globe in random locations for reasons unknown. Linguist Dr. Louise Banks (Amy Adams) is promptly pressed into service as an interplanetary translator, teamed with physicist Ian Donnelly (Jeremy Renner). Together, these two venture into the void of one “pod”, attempting to converse with creatures seen through a clear barrier and who communicate via inky circles.

The film lightly explores the nature of language, including such complex concepts as the Sapir-Whorf hypothesis, a theory that language defines cognition. Through Louise’s linguistic looking glass, the world looks different. Louise finds her world reordered by alien semantics in a linguistic Stargate and at this point I cannot reveal any more. You have to be very observant and remember seemingly insignificant occurrences. If you can’t figure it out, post me off line and I’ll divulge.

I give it 4 of 5 blurry heptopods.