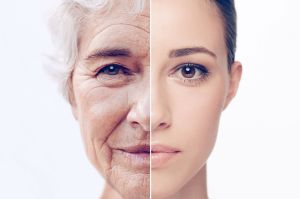 I read with great interest Mike Darwin’s essay on aging and potential dementia. I decided to add some to that, including a perspective of my own experience- how it applies to me as I age. (76 years of age this month).

The issue of dementia has become more prevalent for a very interesting reason. In my research for my 60s music appreciation class at Pitt I ran across a very interesting statistic. Because of the huge birth rate during and following WW II, all those kids landed in the same place at the same time.  Do the math.  Born 1945, in 1965 half the population of the USA was under 21 years old. This formed the platform for the 60s cultural and musical era that never would have happened otherwise. Then all the 21 year-olds continued along the line until now ~2015, add 50 years and they’re all in their early 70s.  50% of the 2015 population is over 65 years of age.

That age group is responsible for at least two discrete population dynamics: a much larger population getting sick and a much larger population living longer and suffering from various degrees of dementia.  In the early 1960s, the average life expectancy in the United States was 70.2 years. In 2013, the average life expectancy was 78.8 years. However, the quality of life of aging Americans has not increased commensurately. In the 1960s, the incidence of dementia among people approaching death was less than 1%. Currently, the incidence of dementia in Americans is between 5% and 7% for adults’ age 60 or older. Starting at age 65, the risk of developing some form of dementia doubles every 5 years. By age 85 years, between 25% and 50% of people will exhibit signs of Alzheimer’s disease or some degree of nonspecific dementia.

The issue of subtle, age-related deterioration of brain function is difficult to sort out. The “heart too good to die” concept as espoused by Peter Safar does not apply to the brain. The heart is usually amenable to restart by traditional resuscitation. The brain has proven to be dramatically less so. The brain is a rather frail organ, rapidly damaged during hemodynamic or metabolic disasters and difficult to resuscitate.

Cerebral atrophy occurs naturally in aging and is accelerated between the ages of 70 and 90. But the process actually begins sub-clinically in gray matter of the cerebral cortex at a much earlier age. It’s unclear whether “normal” cerebral atrophy during aging affects each brain the same way or how each cognitive area is affected. Cognitive abilities such as verbal fluency increase until the mid-50s but start to deteriorate in the sixth decade, after which most of the neo-cortex continues to degenerate until death. Many people in their fifth and sixth decades experience “word searching” and a transient inability to recall previously known names. This variety of cognitive deterioration is associated with hippocampal inadequacy.

Interestingly, aging people have a propensity to trade cognitive decline for enhanced judgment. As processing speed slows in late life, logic, reasoning, and spatial abilities remain generally well preserved. Older individuals’ life experience, their long accumulation of knowledge, and their maturity and wisdom offset some of the losses during processing decline. For instance, an adult tells a child to play in their safe yard and not in traffic. The child has the knowledge and enhanced ability to play with great vigor but lacks the wisdom to refrain from dangerous behavior.  This, of course, proceeds into the teen years.

Now, I’m 76 years of age and much like Linda Ronstadt, I can feel the onset of something wrong before it actually happens. Poor Linda. In her time, one of the most beautiful voices in the universe. In the movie of her life she said one day she instantly knew something was wrong because she could feel the prodrome no one else could hear. She went on to get Parkinson’s so severe she was too frail to travel to Cleveland to get her award at the Rock & Roll Museum.

If I could name one deficit that started about age 65 and continues to encroach on my life much like Darwin’s slope of deterioration, it would be the extremely irritating and debilitating issue of “word-searching”. It’s reached the point where holding a conversation with friends is punctuated by instant inability to remember the formal name of persons, places or things. “Yeah, I went to the ……….(blank) concert and it was great! I knew what I wanted to say. It was safely ensconced in my memory bank, but I couldn’t recall it in the time available. I meant to say “I went to the Electric Light Orchestra with Jeff Lynn concert…..”, but when asked to recall it instantly, I just look blank and offered “I’m blocking”. I watch “Jeopardy” on TV and I actually know the names of many of the questions but I can’t produce them in time to hit the button before any of the contestants.

My general physical condition began to deteriorate at about age 70 and unrelentingly progresses yearly, as does my word-searching. When writing something, I frequently use Google to pull up the name I’m trying to remember. I’m a victim of a phenomenon of the 1940s (baby boom) that silently followed me for two generations until we’re all the majority of the population now, collectively consuming huge amounts of medical care to keep us alive longer, but our quality of life has not necessarily followed increased with our viability. Not what we anticipated in the 60s.

So I’ll leave you with the masterful philosophy-of-life according to Pete Townshend of “The Who” (currently age 75):

“People try to put us d-down

Just because we get around

Things they do look awful c-c-cold

I hope I die before I get old”